Axel C. Eitzen is the fourth Generation shipowner in Camillo Eitzen & Co, founded in 1883. He was the majority owner, CEO and Chairman in the Eitzen Group companies;  Eitzen Chemical ASA, Eitzen Bulk A/S,  Eitzen Gas A/S and Eitzen Maritime Services ASA. Axel has served as chairman of the Board in Assuranceforeningen GARD, and board member in Det norske Veritas (DnV GL) and the Norwegian Shipowners Association, respectively.

He holds a Master’s degree in Mechanical Engineering from ETH, and a degree in economics.

Axel is a Norwegian citizen and presently resided in Copenhagen. 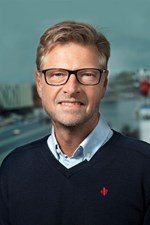 Snorre Krogstad is a finance professional with more than 20 years of experience within international banking and shipping, including CFO positions in Norwegian Car Carriers, AWILCO LNG and Camillo Eitzen & Co ASA, respectively.

Further Snorre Krogstad has previously served as member of the board in of Christiania Shipping A/S.

He holds a BSc in Business Administration and Management from the University of Vermont, USA.

Torben Larsen has spent his entire career on the owning side in the chemical tanker industry. He started his career as trainee with Herning Shipping A/S in 1984 and left in 1988. Subsequently, he has been working in Armada Shipping, Parcel Tankers Services, Copenhagen Tankers, Clipper Tankers and Nordic Tankers, mainly on the Chartering side with chemical tankers up to 25,000 dwt, and with various managerial responsibilities.

In 2014 Torben became head of Chartering for Herning Shipping A/S, when it was still part of the Nordic Tankers organisation.